MOVE Board of Directors

The OMA and MOVE operate under the guidance of a Board of Directors, who set the agenda and provide direction throughout the year. Priorities are determined based on their assessment of the market in the best interest of the industry as a whole. 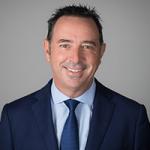 Charles has over 25 years’ experience in the media industry. His media career commenced in radio before moving to the world of out of home advertising in 1993, a sector which has become a lifelong passion. Charles spent 13 years working at Buspak Advertising Group, including when it merged with Cody and Australian Posters to create APN Outdoor. In 2005 Charles' entrepreneurial spirit saw him co-found Executive Channel (ECN). In his role of Global CEO Charles has overseen two successful capital raising's, the sale of the Australian ECN business in 2016, and the continued expansion of ECN across Europe, with operations today in the UK, France, Germany, Belgium and The Netherlands. In 2008 Charles established a highly successful B2B business with the launch of Australian Media Channel Pty Ltd (Media i & MI-3). Today Media i is Australia's most consumed trade media channel amongst media agency planner/buyers with more than 200 screens deployed in 70 offices across Australia. Charles is also President of Media EYE France a joint venture between ECH and Offremedia. In 2017 Charles was the first media owner to be inducted into the Media Federation of Australia Hall of Fame. Today Charles continues, in his capacity as Global CEO of Executive Channel Holdings Pty Ltd (ECH), to manage and drive growth of the ECH group of companies and investments. The OMA following its Annual General Meeting, 21 May 2019, announced the official appointment of Charles Parry-Okeden as the independent chair of the OMA and MOVE. 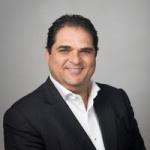 Robbie’s 25-year career spans aviation, financial services and media sectors across the UK, US and European markets. Since 2008 Robbie has led the commercial agenda for airports and billboards, Qantas Lounges and inflight entertainment, rail and street furniture businesses, and is also responsible for oOh!media’s Product Strategy division. Robbie has been recognised with many Moodie Davitt awards for his innovative approach to developing unique Out of Home media platforms. Robbie joined the MOVE Board in 2020. 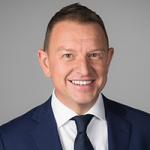 Max Eburne has worked in the media sales industry for over 21 years, 13 of which have been with JCDecaux. Starting out as an Associate Director in the UK in 2006, Max then moved to Australia to take on the GM of Sales & Marketing role in 2009, and most recently, end of 2018, was promoted to Chief Commercial Officer (CCO) after the successful purchase of outdoor media company APN Outdoor. As JCDecaux Australia’s new CCO, Max will oversee the overall strategic management and growth of the business’ advertising sales. Ensuring advertising and marketing strategies for the advertising assets are optimally matched to clients, to achieve sales objectives. Charmaine has more than 30 years of experience in leadership, management, marketing, communications, and business development across a variety of sectors, including the arts, media, higher education, and government. Charmaine is uniquely positioned to lead industry growth in a rapidly-changing, technology driven world. Charmaine has been the CEO of the OMA and MOVE since 2010. One of Australia’s most recognised media industry leaders, Cathy O’Connor became CEO of oOh!media in January 2021 following 12 successful years at the helm of Nova Entertainment. She is leading the strategic evolution of oOh!’s business model at a time of rapid change, capitalising on the company’s significant investments in data, audience insights, content and creative to target sustained growth. Before joining oOh!, Cathy helped transform Nova into a multi-platform entertainment business, spending 17 years in total with the company. Prior to that she held several management roles at Austereo, after starting her career in radio advertising sales at 2SM and 2GB.
Cathy is a Governor of the Cerebral Palsy Alliance Research Foundation, Chair of the Sony Foundation, and previously served on the Commercial Radio Australia Board. Her numerous career achievements include a Telstra NSW Business Women's Award for the Private Sector, a Centenary Medal for Service to Australian Society in Business Leadership, and induction into the Commercial Radio Hall of Fame. A Graduate of the Institute of Company Directors (GAICD), Cathy also holds a BA in Communications from University of Technology Sydney. Cathy has been a Director of the OMA and MOVE since 2021. 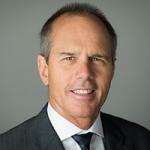 Steve has over 29 years of experience in the Out of Home industry having started as Sales Manager with Buspak in 1990, promoted to Sales Director in 1993 and then appointed CEO of Buspak Hong Kong three years later. Steve returned to Australia in 1998 to become CEO for Buspak Australia and New Zealand. During his six years in this role, Steve grew the organisation and established himself as a dynamic and leading force in the OOH industry. In 2004, Steve joined JCDecaux Australia as CEO and is currently responsible for more than 500 staff and a varied portfolio including street furniture, billboards, airports and transit advertising in Australia & New Zealand. Steve has been a Director of the OMA and MOVE since 2004. 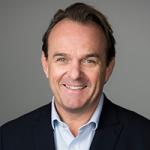 With over 24 years’ experience in the Outdoor media industry, developing and leading sales teams at Eye Corp, Media Puzzle and oOh!media, John has extensive knowledge across all facets of outdoor advertising and unrivaled relationships with major media agencies. Now as CEO of QMS Media, John is instrumental to the business’ strong growth and performance as he leads and manages the multi-platform Australian media business.

Chris is a 30-year-plus veteran of the Out of Home industry and is one of the most experienced professionals in the business. A former Chairman of the OMA, he has been responsible for some of the industry’s most innovative research studies and played a key role in the development of MOVE. Chris has been a Director of the OMA and MOVE since 2014.